This year, Coleg y Cymoedd seized this opportunity to showcase the Welsh language services it offers and promote the idea of Welsh language rights under the banner of ‘Mae Gen I Hawl’ (I Have The Right).

The college’s Welsh Language Team and Welsh Language Ambassadors (roles funded by the Coleg Cymraeg Cenedlaethol) toured all four campuses with a board declaring ‘I have the right to use the Welsh language’. Learners, staff and visitors were invited to sign the board to show their support for Welsh language rights and the provision of bilingual services at Coleg y Cymoedd. Those who signed the board were given special ‘iaith gwaith’ cupcakes prepared by Coleg y Cymoedd Entry Level 3 Catering learners and two of the Welsh Ambassadors. Hundreds of signatures were collected throughout the week, with learners and staff embracing the event. 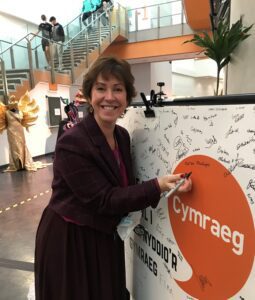 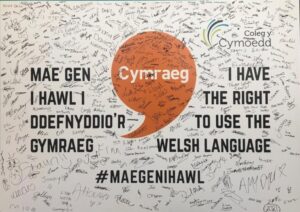 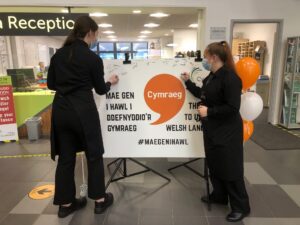 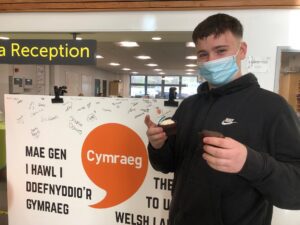 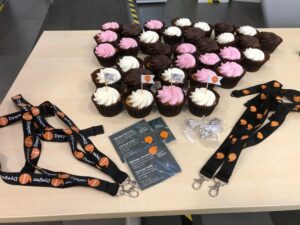 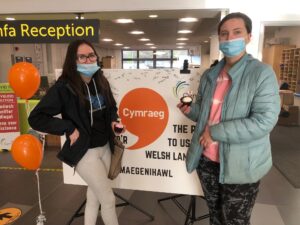 The whole event was inspired by the ideas of one the college’s Welsh Ambassadors, Llinos Maynard. Speaking on the Nantgarw campus, Llinos said, “I thought it would be great idea to create something visual to celebrate Welsh Rights Day this year. This board now acts a symbol of us coming together to celebrate the language. And the cupcakes are delicious – even if I do say so myself!”

Lois Roberts, Coleg y Cymoedd’s Welsh Language Manager who helped organise the event, noted, “It’s been an incredible week. Staff and learners on all four campuses have signed the board to declare their commitment to protect the rights of Welsh speakers. As a College located in Wales, we think it is important to celebrate our language and be pro-active in helping our learners use their Welsh language skills. Thank you to everyone who took part.”