Coleg y Cymoedd celebrated the amazing achievements of its learners at the recent Annual Awards Ceremony, held at the college’s Nantgarw campus. 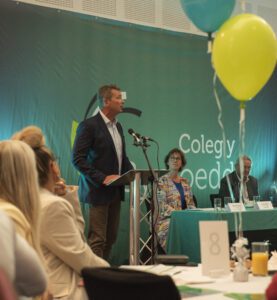 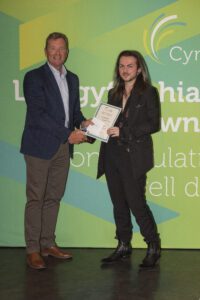 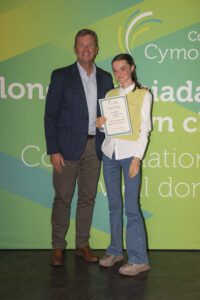 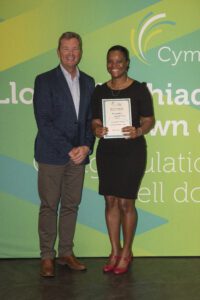 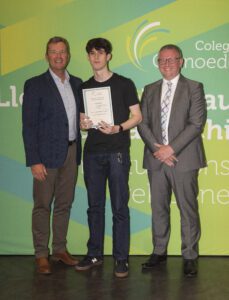 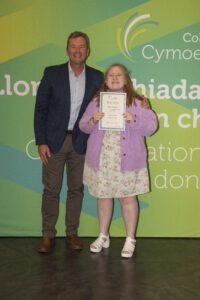 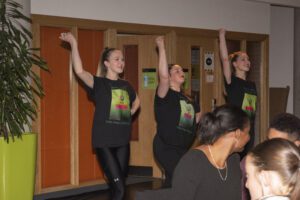 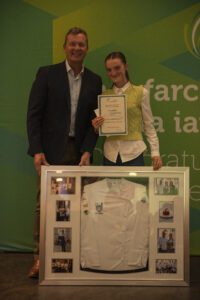 Principal, Karen Phillips welcomed the guests and congratulated the learners on being nominated for an Award from over 10,000 learners. She also recognised the support of family and friends and thanked the tutors who nominated their learners and played a big part in supporting them.

The college was delighted to welcome back one of its alumni, Amy Williams; a former Performing Arts learner at the Rhondda campus who is now studying at Italia Conti, London. Amy ably compered the event – firstly introducing guest speaker Rugby Analyst, Sean Holley.

Sean’s motivational address to the learners, guests and staff was well received, he touched on some of his personal life experiences which have shaped his career. His closing message to all was “Do the things you enjoy in life”.

Members of the Senior Leadership Team introduced the Award Winners with over 50 learners from across all faculties receiving their Award from guest speaker Sean Holley and category sponsors. Awards were also presented to learners for their ‘Contribution to College Life’ and ‘Welsh Language’.

There was a break in the presentation of awards for the evening’s entertainment –an enjoyable and professional performance by Performing Arts learners. The learners performed some extracts from their end of year show musical – ‘Little Shop of Horrors’.

The final awards, Outstanding Achievements and Overcoming Barriers were selected by the Principal from the 50+ Award Winners.

The Overcoming Barriers Award is presented to the learner who has overcome barriers during their course, yet still achieved their qualification. This award was presented to Childhood Studies learner Molly May Francis, studying at the Ystrad Mynach campus.

Josie Wheeler was awarded the Outstanding Achievement Award in recognition of her achievements whilst studying at the college. Earlier in the year, Josie, a Hospitality & Catering learner at the Nantgarw campus won the UK Student Pastry Chef of the Year.

Bringing the evening to a close, the Principal thanked everyone for attending the event and congratulated the learners on their achievements. She wished them every success for the future and hoped that the college had played a part in their future.

The Principal thanked the Hospitality and Catering learners, who supported by staff, provided the range of delicious light refreshments, enjoyed on arrival to the event.