Talented plumbing apprentice, Ruben Duggan, 20, has made it through to the national finals of this year’s WorldSkills UK competition.

Ruben, who is currently studying an NVQ Level 3 plumbing diploma at Coleg y Cymoedd, has been announced as one of eight finalists who will compete in the competition’s plumbing category at Middlesbrough College in November. 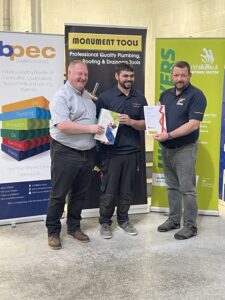 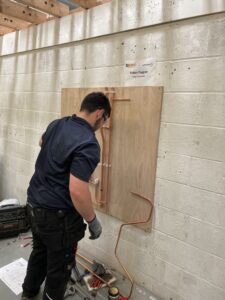 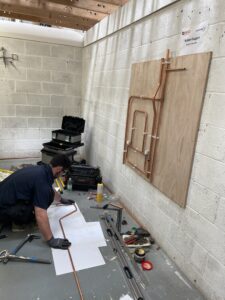 WorldSkills UK is a national competition-based development programme which sees learners from across the country put their skills to the test and compete in a variety of challenges based around their chosen skillset. From bricklaying and engineering, to accountancy, hairdressing and IT, over 50 categories are covered, with each one consisting of a mix of technical and educational skills aimed at showcasing best practice within the field.

Competitors who impress during the finals will be in with chance of representing the UK in the Skills Olympics in France in 2024.

Ruben secured his place after beating 14 other competitors to win the Welsh regional title at Cardiff and Vale College in May. His success comes after he was also crowned the UK’s top plumbing apprentice at the 2022 HIP Apprentice of the Year competition earlier this year.

Speaking about the achievements, Lee Perry, plumbing lecturer at Coleg y Cymoedd, said: “This is the first time we have ever seen a plumbing learner get this far in a World Skills competition. It is really impressive and an unbelievable achievement for both Ruben and the college. Ruben has a whole host of achievements to his name, having won a string of competitions including, most recently, the HIP Plumbing Apprentices of the Year, which is testament to his hard work and remarkable level of skill.  We can’t wait to see what else Ruben can achieve.”

Over 500 people from across the UK will take part in the national finals, competition for gold, silver and bronze prizes in each category. The finals will take place in venues across the four corners of the UK throughout November.